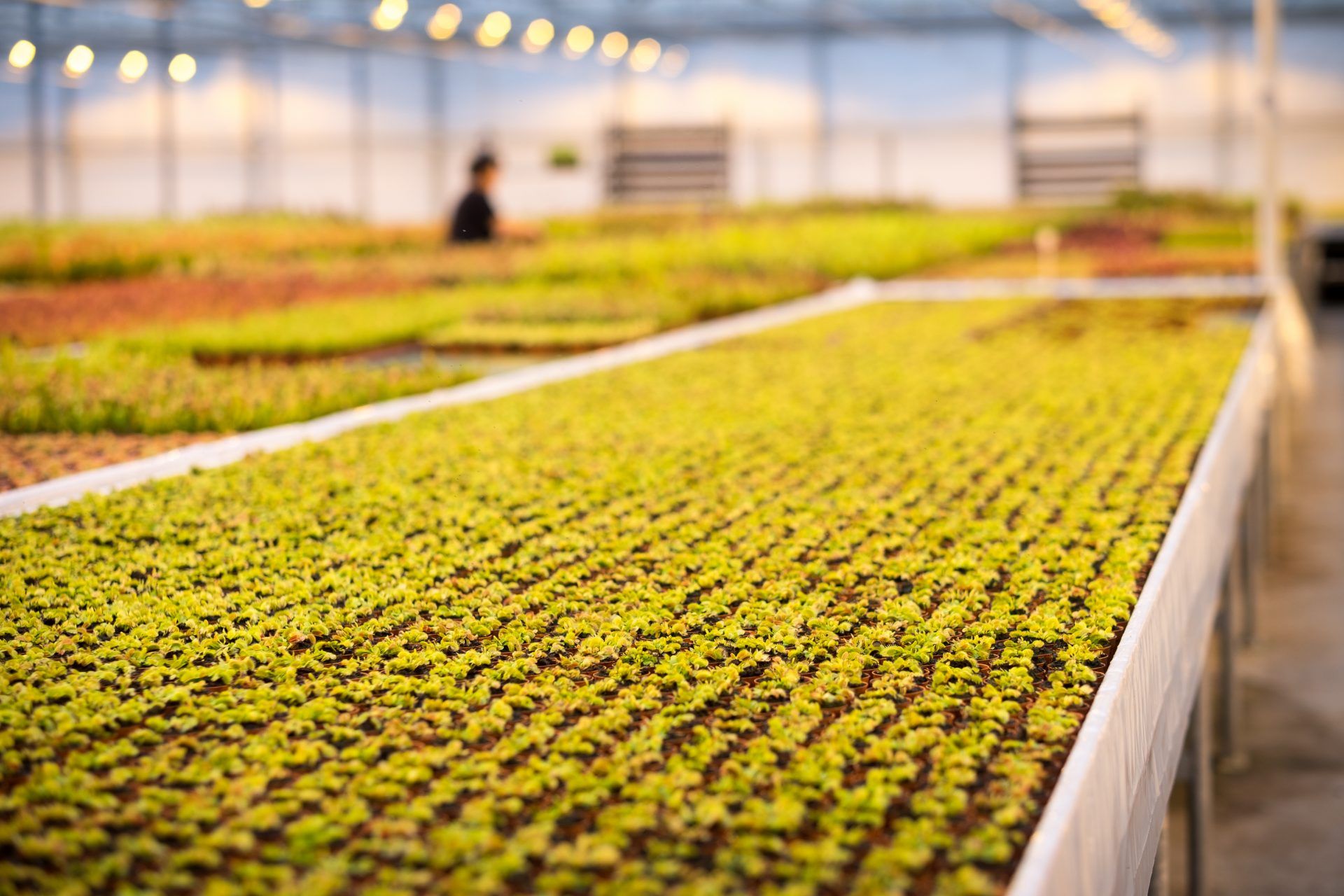 Carni Flora is a carnivorous plant nursery with a diverse range of high quality carnivorous plants. We cultivate these plants traditionally in our 8,000m² greenhouse located in Aalsmeer, North Holland. On this website you will find all the information you need about Carni Flora and our carnivorous plants Look at the assortment if you want to know what types we supply.

Whereas many plant nurseries have outsourced some aspects of the cultivation process, we still do as much as possible ourselves, only outsourcing the propagation of a few species. For example, the sowing of the Dionaea and Drosera is carried out by a specialised company, but some other species come from a laboratory. We are constantly searching for ways to improve the growth of the plants. This does not necessarily mean that the plants must grow as big as possible as quickly as possible. We are more focused on finding the best possible balance in colour, size, health and resilience of the plant.

When the plant has fully grown into its pot it is either repotted into a larger pot, or sold. In both cases the plant is inspected and cleaned by hand.

Carni Flora only sells to exporters via Flora Holland. We do not sell to private consumers. Our strength lies in the processing of so-called day trade orders. What’s ordered early in the morning will be delivered the same day. Orders placed later in the day will be delivered the next morning. All orders are selected with as much care as possible and if necessary, mixed or stickered. Transport is handled by our permanent partner Hogenboom Transport.

Carnivorous plants are a unique group of plants that are cultivated in many shapes and sizes. We aim to constantly surprise consumers with unique varieties of carnivorous plants. We also wish to engage in a dialogue with the consumer about these plants. We can explain what the plant does, what makes it unique and how it should be cared for. We don’t wish to engage in this dialogue alone, but to do this along with exporters, garden centres and retailers to intensify our partnerships with our business associates.

Carni Flora was founded because of our interest in carnivorous plants. These plants are our passion, and based on that we want to bring the widest possible range of the highest quality plants onto the market. Plus we want to spread the message of our shared passion for carnivorous plants.

Carni Flora was founded on the 1st of February 1994 by two childhood friends: Gerard van Dam and René van Kessel. Until then Gerard had been working as a carpenter, and René as an accountant at a plant export company. They rented an old 2,000m² rose greenhouse on the Stommeerkade in Aalsmeer, with the aim of cultivating the highest quality carnivorous plants. From January 2008 Gerard stepped down and René continued the company alone.

In this initial phase Gerard and René began by cultivating five species of Sarracenia (pitcher plants), three species of Drosera (sundews) and, of course, the Dionaea muscipula (Venus flytrap). Soon demand was outgrowing supply, so in 1996 the company relocated to a nursery in Rijsenhout. The area of the greenhouse was doubled to 4,000m2, and Nepenthes, Utricularia, Cephalotus, Pinguicula and Heliamphora were added to the range.

Now with seven employees, Carni Flora grew to become a renowned carnivorous plant nursery in Aalsmeer, known for the wide variety and high quality of its plants. Our customer base also grew steadily, which was the reason for us to relocate once in again in the year 2000.

This time a completely new nursery was built on the Rietwijkeroordweg in Aalsmeer. Once again, the surface area was doubled, now to 8000m2. Now almost 40 different kinds of carnivorous plants are grown here in pot sizes of 8.5, 12 and 15 centimetres.

Meanwhile, Carni Flora has grown to a company with 12 employees and has a well-known name both nationally and internationally. The passion to grow the highest quality carnivorous plants has remained.

In 2013, René’s son, Justin, joined the company to focus on commerce. It soon became clear that Justin enjoyed it so much, so taking over Carni Flora was discussed, even though this wasn’t the original intention. Justin took over in the summer of 2018 and will continue with the family business. He does this along with 15 employees and René, who is also still passionate about working for Carni Flora.

We will try to reply to your messages as soon as possible.